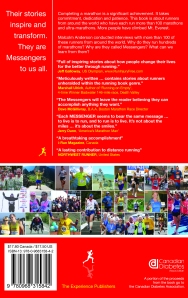 “The marathon is widely known as the ultimate test of athletic endurance, 26.2 miles of running, a grueling and punishing event that tests the limits of one’s resolve to overcome fear with sheer guts and determination.” Steve Edwards

“Travelling and running marathons have been the most satisfying thing I have ever done both physically and spiritually. I feel honored to be able to participate in such an adventure.” Cheryl Murdock

This book is about people who have each completed one hundred marathons (26.2 miles/ 42.2 kilometres) or ultras (long distance races more than the marathon distance. They are remarkable, passionate inspiring people. These are their stories.

In November 2006, I was standing on a train platform in what to me felt like the middle of nowhere in Athens, Greece. It was early evening and growing dark. A bitterly cold wind sliced through anyone who was unfortunate enough to be exposed to it.

I was standing beside another runner who, like me, was contemplating hypothermia, and a dozen others who no doubt were thinking the same. We had assembled on the platform having just registered for the Athens marathon – ‘the’ Marathon – in an old airport hangar several miles out of downtown Athens. Dave was busy trying to stay warm by rubbing his hands and moving quietly on the spot. We got talking, about running of course. What he told me turned my understanding of marathons upside down. 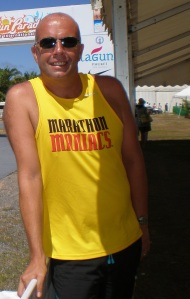 In his early forties, head shaved, and standing about 6 feet tall, Dave had a huge smile. He told me in a very understated matter-of-fact way that it was “a special run because it would be his 200th marathon.”

Here I was about to run my first of what would be three marathons in a two-month period thinking that I might be pushing it. Dave stunned me again when he casually mentioned that the Athens marathon would be his 40th of the year. He and his wife Linda lived north of London and either traveled in the United Kingdom or somewhere in Europe to run a marathon (or two) every weekend. He’d done that the previous year as well.

Our train eventually arrived. We quickly threw ourselves in and reacquainted our bodies with warmth. Dave and I continued talking for the next forty minutes – well, to be more accurate, I kept asking him about his running – where he’d run, why, his favorite runs … how did he manage to run so many all the time. My knowledge of marathon running grew exponentially.

Dave introduced me to Linda and his friends – other members of the United Kingdom 100 Marathon Club. Linda had recently run her 100th marathon in Frankfurt, Germany. She showed me the necklace and pendant club members had given her when she completed her 100th marathon. We grimaced at the cold wind when we got off the train, and parted ways, wishing each other all the best for the race. I walked away realizing I knew very little about the world of marathon running. 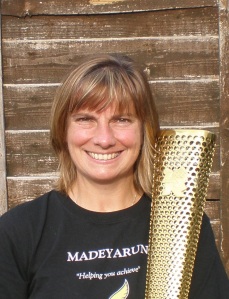 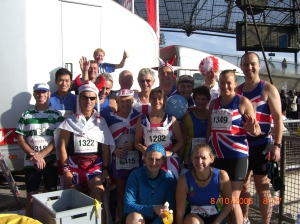 It occurred to me that I may be able to understand and memorize a training schedule but I don’t know the context in which I run marathons – the richness within which runners – normal people – embrace the marathon experience. Dave was running his 200th marathon. Years of distance running experiences. Not just the runs themselves, but getting there, the places, the people, the socialization – the total marathon experience.

Ø  Running a marathon or an ultra is a significant, potentially life-changing achievement; training programs note it can take several months to adequately prepare for a marathon. But imagine running 10 marathons in just one year. Even then, it would still take you 10 years to run 100 marathons, assuming life doesn’t get in the way and you’re injury free. That also means you have to find, plan for, and travel to, 10 marathons, every year, for 10 years. That may not be difficult if you live in New York, or Seattle, or London, but what if you live in Perth, Australia, thousands of miles from anywhere? And what if you don’t even drive? What if you’re blind? What if you’re deaf? Or in a wheelchair?

Ø  By the end of the 2008 climbing season on Mount Everest, Wikipedia notes that there had been 4,102 ascents to the summit by about 2,700 individuals. More people have climbed Mount Everest than have run 100 marathons.

I wanted to find out why runners who have run 100 or more marathons and ultras keep doing it? What can we learn from them?

I refer to these runners as Messengers. They have many messages to share.

The messengers are passionate about long distance running and what it means to their lives. Their stories are inspirational.

And they all seem so damn happy. 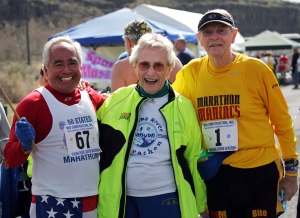 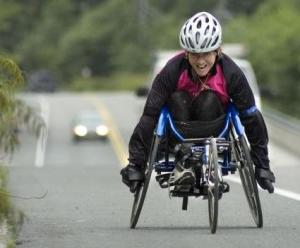 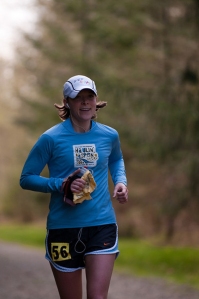 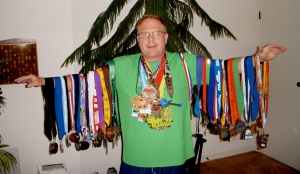 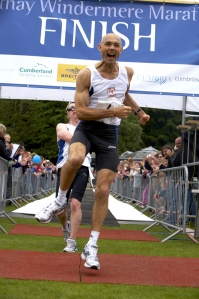 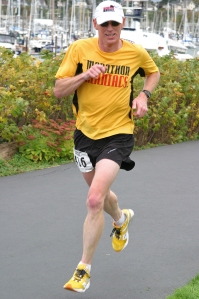 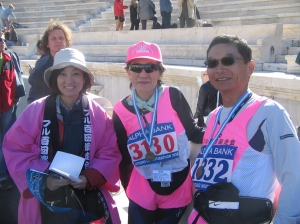 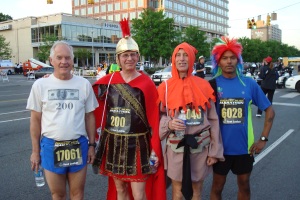